Lacoste; adapting the typical sportswear to create modern, lightweight and contemporary garments. At 4Elementos we have the latest Lacoste sweatshirts, as well as a wide range of Lacoste polo shirts, as well as Lacoste t-shirts and Lacoste shirts. 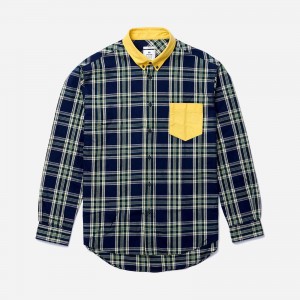 The crocodile brand was born in 1923 in Boston; with a bet between tennis prodigy René Lacoste and his coach. A difficult game awaits the young man, and his coach promises him a beautiful crocodile-skin suitcase that they see in a store window.

Although he did not win the match, the athlete is characterized by the tenacity of the crocodile on the track, something that laid the foundations for one of the most important sports firms of all time. And that is why an American journalist nicknamed him that way. Stylist Robert George is the one who shaped the crocodile logo, and soon after, Lacoste became the first brand to put a visible logo on a garment.

In addition, René, who was an unstoppable inventor, with comfort as a premise, adapts the typical sportswear to create modern, light garments adapted to the times. The persistence and knowledge of the product have marked the trajectory of Lacoste and have positioned it as one of the benchmarks not only in sportswear, but also in the field of streetwear.